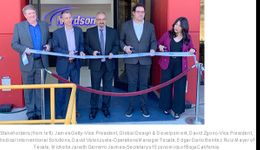 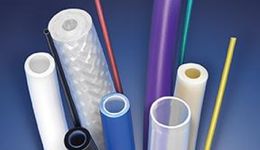 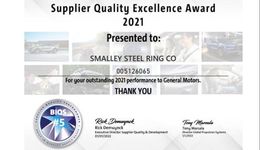 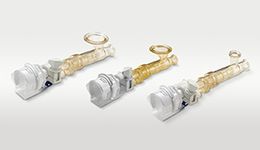 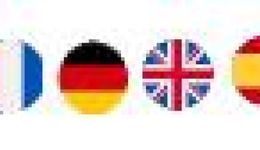 Amputee bonds with son thanks to 3D printed bionic hand

For 21 years, Danny Florence has lived with one hand. But when he became a father, he decided to apply for an Open Bionics Hero Arm. With the help of the maxon driven prosthesis he can now build a strong bond with his son.
At the age of five, Danny Florence lost both legs, a hand and most of his fingers.

“I remember always being outside on my bike or my rollerblades and one day my ankle started hurting. I went to bed and during the night began to hallucinate and my body started spasming,” Danny had contracted meningitis.

Danny was put into an induced coma and doesn't remember anything until he woke some eight weeks later. During that time doctors had to amputate his limbs to save his life. He had to learn how to talk and drink again and get used to the pain. When he became aware he had lost his legs his first thought was that he wouldn’t be able to ride his bike again.

Danny explains, “Mum took me to the hospital every day for two years to have physiotherapy as part of my rehabilitation. The doctors gave me basic leg prosthetics after three months and, after a while, I learnt to walk with them. These days I use a powered wheelchair as I can’t walk far. I didn’t do anything about my lack of a hand until I reached eleven or twelve and became self-conscious about it.”

Unfortunately, the hospital could only offer two options; a body-powered prosthetic with a gripper or a ‘mannequin-like’ hand with no functionality. After a couple of days wearing the heavy passive prosthesis, Danny decided to stop using it. “It looked worse than not having a hand,” he said.

“I’ve always managed well with only one hand but when my son Joshua came along ten months ago, I realised how much more I could do with two.” Danny, and his partner Danielle, had anticipated having issues with dexterous tasks like nappy changing and getting the baby dressed, but Danny hadn’t realised how much not doing these things would affect the bond with his son.

Danny had heard of a company called Open Bionics. The Bristol-based company is a multi-award-winning designer and manufacturer of affordable prosthetic limbs and is responsible for producing the world’s first medically certified 3D-printed bionic arm.

Open Bionics have worked with maxon since its inception in 2015.   maxon designed and produced the actuator for the digits in the Hero Arm ― each finger uses a maxon DCX 12 L motor. The actuator consists of a DC motor driving a customised gearbox and lead screw and nut, developed for the speed of each user.

As muscles generate electrical signals when they contract, they create movement when connected to the electrodes in the prosthetic. Adult hands use four DC motors and, as they are so much smaller, a child’s hand uses only three. As space is limited, Open Bionics chose maxon’s DCX 12mm as it is the most compact DC motor with the highest power density on the market. The company were also able to get samples quickly delivered by using the maxon online Configurator.

Although Open Bionics offer Hero Arms in various designs, including ones from Disney, Danny has opted to go for the sleek black cover to match his legs. “When I was younger, I was given skin-coloured tights and padding to make my legs look 'real’ but they snagged a lot and it wasn’t practical. I used to park in the disabled bays and get abuse from people not realising I didn’t have any legs, now I wear shorts all the time and don’t get any abuse.

“These days prosthetic designs look much better and all my nieces and nephews think I’m bionic!” Danny admits being terrified at how Joshua is going to react to his new hand. “He loves my prosthetic legs, he gets all excited and laughs when I put them on and likes to touch them.”

Danny has two hopes for his new hand; he wants to make the bond stronger between him and his son and, importantly, wants to increase the publicity for the hand itself.

“This technology should be offered to everyone. This is life-changing, not only for the obvious physical side but mentally as well. People who lose limbs can get very depressed, struggling with the ongoing pain and mourning the life they had before. They can even contemplate suicide. This hand has such huge benefits, it should be available on the National Health Service and I want to help the cause to make that happen.”

Danny had a socket fitting in November. The suitability of myoelectric control is determined by the fit between the stump and the prosthetic. Danny was surprised when he tried the arm for the first time, as he was able to work it straight away, even though it was using muscles that he hadn’t used for 21 years!